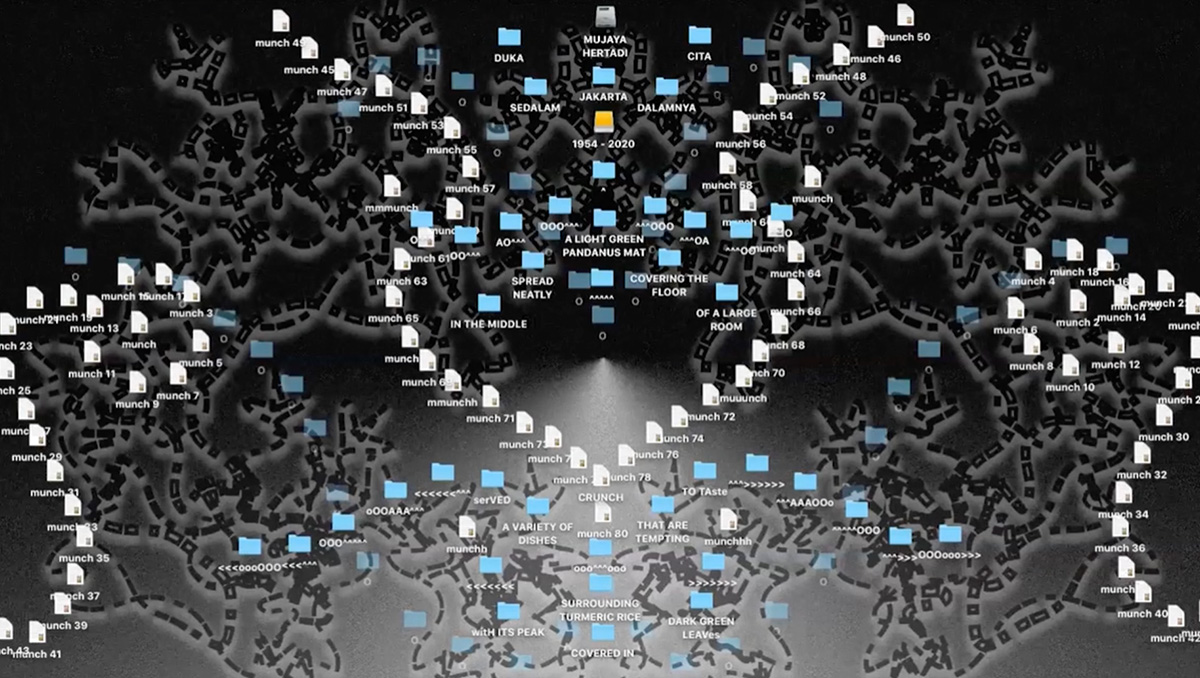 When my father suddenly passed away during the summer of 2020, I kept thinking about digital poltergeists and how to navigate grief through technology. I couldn’t be present with my nuclear family for his funeral because Indonesia is on the other side of the world and flying in the age of pandemic seemed like a hazardous task. “I wish I could hug you, but I can’t,” was a sentence that my sister said to me through the phone at 1 AM in the morning that brought me to tears. I did not expect that some of the most intimate moments in my life would be mediated through WhatsApp video calls, and I also did not expect that my last physical interaction with my dad was when he accompanied me to the airport three years ago to see me off. I felt helpless and the only thing that I could do is memorialize him by delivering a performative eulogy — entitled SEDHEKAH NYATUS — through the means of appropriating technological affordances. In her book Virtual Afterlives, Candi Cann writes how technology can democratize dying, death and grief. Columbia University’s Death Lab, for example, converted the energy that comes from cremated bodies into light to power a tombstone.

While the audience is viewing the actions on the screen, they can study the details of my transformed and prepared desktop. The DNA strings lyrics which evokes the sense of incense burning, the names of carefully placed folders referring to ingredients and artifacts that are commonly seen in a traditional Javanese burial ceremony, the body as a hard disk, the rapid artificial flickering lights. Since technology can find new ways to disappear the dead or turn the dead into spectacle, I thought my live Zoom desktop performance about funerary ritual that draws from Javanese tradition will help my grieving process. I want to ask the viewers: What would it be if unsacred objects such as folders became mystified, becoming part of a ritual?

Herdimas Anggara appropriates the affordances of technology to emulate religious ecstasy and altered states of consciousness through contemporary takes of Indonesian ritual performances in the seemingly familiar digital and/or physical spaces. He breaks the sense of familiarity of platforms that he occupies in to give people a sense of agency over its preconceived ideology. He received his MFA from Yale School of Art in 2021. ritual.engineer | @herdimas.anggara