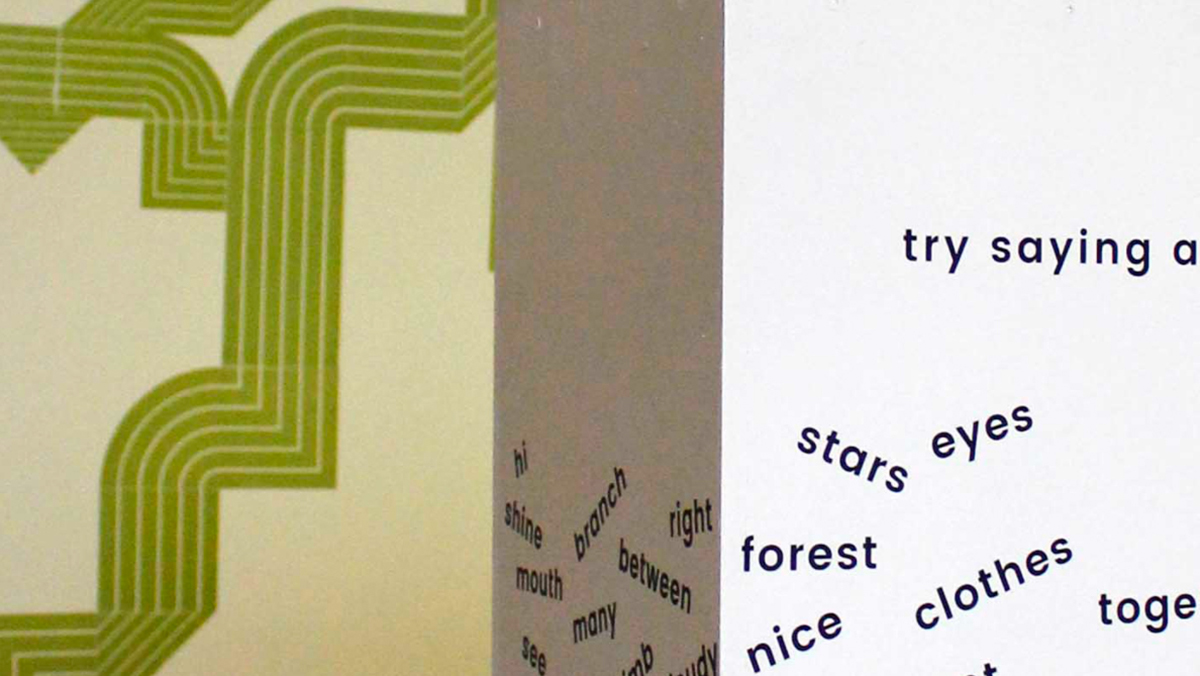 The word ‘story-telling’, to me, implies a one-way asymmetry of power, of centralised authorship and passive viewership. A story is told, and an audience consumes it without being given the opportunity to create, interact, participate or question. Very often, design practices follow a similar structure, having originated from the industrial modus operandi. For a long time in the history of design, mass-production and scaling-up was key to achieving a highly consistent and therefore successful product or experience.

Today however, digital technology enables us to create personalised experiences. Each of us are free to open our apps and see completely different content, based on our own interests. Content is now user-centric, crowdsourced, and custom-built. This isn’t however a particularly new narrative structure, it’s actually a very old one, freshly repackaged as sleek skeuomorphic software. In realising this, it is worth revisiting how non-western and non-cartesian cultures have woven together narratives, not unlike the way we aspire to do so today. This project is really an experiment in developing a new framework for story creation, inspired by non-dualistic cultures and approaches to narratives. While traditional western art may have demanded active spectatorship, engagement with interactive art forces the user to generate displays of the work. The participant must invest themselves in the process of exploration, to understand how to generate displays, and then begin defining their path through a process of information and feedback exchange, adapting to the story world along the way. As more participants get involved, the more complex the narrative becomes.

I observed that stories from such cultures are not really crafted by the individualism of a single author, but they emerge out of the whispered synergies between many collaborative agents of a community. Rather than the author writing the text, the text writes the author. Barthes (1977) writes: “In ethnographic societies the responsibility for a narrative is never assumed by a person but by a mediator, shaman or relator whose “performance” - the mastery of the narrative code - may possibly be admired but never his “genius”. The author is a modern figure, a product of our society insofar as... it discovered the prestige of the ‘individual’.” The ‘text’, be it a song or dance or grand epic or artwork, becomes an artefact that is representative of a particular moment in time, when all the moving parts align harmoniously, before regaining their individual identities once again. It will never be experienced the same way twice. Such ‘non-determinism’ is characteristic of a robust narrative structure and culture - perhaps not the most efficient narrative, but certainly a more robust one.

In South India, rural and urban homes alike witness an intricate artistic practice commonly known as ‘Kolam’. Starting from a grid of dots, a line is drawn so as to encircle all the dots, in an inclusive manner. The 5000 year old practice is performed everyday using rice flour pinched between the thumb and forefinger, and allowing the powder to fall in a continuous line. A single grid can be used to generate numerous complex patterns, and they can vary depending on the style of Kolam and the agency of the artist, yet built upon a somewhat consistent structural formula. While the artwork itself may be performed as an individual activity or a community practice, it is therefore nonetheless an emergent wisdom that has been passed on from one generation to the next and customised by each practitioner. Kolam has been employed here as a visual metaphor for the non-linear narrative. This project led me to investigate how such patterns can be created from a set of assimilative parts. Upon discovering how the artistic practice had an embedded mathematical structure to it, I wanted to see what would happen if I replaced the lines in the grid with words instead. The oral storytelling tool can be enjoyed by children and adults alike. The artwork therefore ponders the question of where agency arises from, if not from the entangled web of a collective, and where our understanding of narrative can go from here.

Vivek Menon is an interaction designer and digital storyteller currently at Microsoft, based out of India. He graduated from the Royal College of Art in 2020. With a background in Graphic Design and digital media, his work expands across interactive communication and design practices. He is interested in investigating not only stories from different cultures, but also how different cultures tell those stories differently. Vivek is also a winner of a Kantar Information is beautiful award in 2017 and has previously collaborated with IBM exploring the potential of artificial intelligence and its impact on the future of work. For more information, go to www.vivekme.com.
@vivekmenon795